HSBC’s meltdown has left business customers unable to pay salaries or suppliers, but this is not the first time such a crisis has hit a British bank …

The worst banking meltdown to date hit millions of customers of RBS, NatWest and Ulster Bank, locking them out of their accounts for days, and in the case of Ulster Bank customers, for weeks.

The meltdown hit not only customers of the three brands owned by RBS Group, but also people who were expecting salary payments from businesses that held accounts with the bank and other transfers between banks. RBS was later fined £50m by regulators, but the episode is understood to have cost the bank more than £100m. 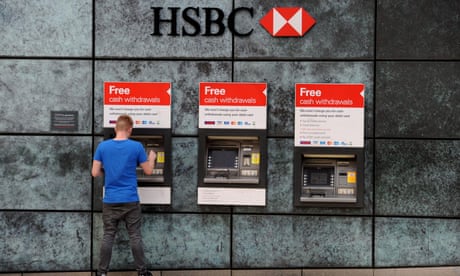 A technological banking glitch on one of the busiest online shopping days of the year left millions of shoppers unable to pay for transactions using their credit or debit cards. The bank? You might have guessed by now: it was RBS Group.

This time it wasn’t actually RBS’s fault, as the bank came under cyber attack, which, just four days after the earlier one, prevented some customers accessing their accounts.

Lloyds and TSB become the latest high-street banks to experience a technological meltdown, which led to many people being unable to withdraw money or use their cards.

Lloyds said the problem was affecting debit cards and its internet banking service but not credit cards, while TSB said some customers were unable to use debit cards or withdraw money from ATMs.

RBS suffers yet another IT fiasco after admitting it could take days for customers to receive 600,000 payments that failed to enter accounts overnight.

HSBC joins the ranks of IT failures, with many business customers unable to pay salaries to staff or make payments to suppliers – as the bank holiday weekend looms.